When Shazna Nessa from AP interactive showed the prestige project her department is currently working on, she admitted that nothing was coded, yet. She actually used the chance at Mozilla’s Learning Lab to tell the coding people there that they were still hiring :) Anyway, Shazna made clear that they would not create new technology but rather take existing technology – and tailor it.

And that’s exactly what we think would be sufficient regarding Corrigo.

The technology Corrigo is based on is as old as the internet itself (cf. Peiwen, 2008: 2 ): web annotation. We chose web annotation because it brings some advantages which are crucial for Corrigo’s core functions:

The two first points are important for the user experience because it will show annotations right in context at the article. The last point is important because it really gives the power to the people. We want to crowdsource media accountability and encourage free speech. That’s (only) possible if we do not rely on any implementation on the part of the publishers.

Another nice feature is the fact that the user does not have to pro-actively click on a button such as “Show me annotations for this article” because the browser add-on would automatically load any annotation when there’s data to that specific URL.

Funny enough, all this already exists. The probably best known service using web annotation is Diigo. But there are (or often: were) many other web annotation systems. 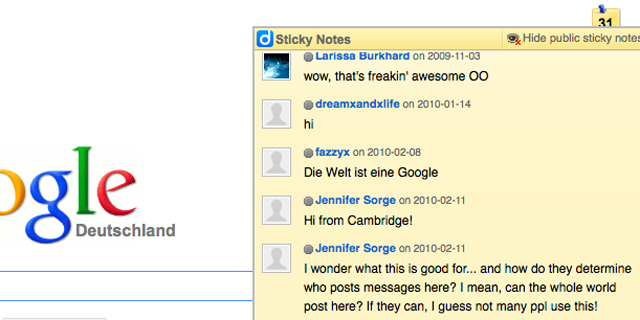 Also the idea of reporting “media bugs” is not new, but either depends on the pro-active clicking of a bookmarklet or on a (wordpress-)plugin installed by the publisher.

In our research we could see that there were many good projects – but none of them ever got to the critical mass. We think, this is why:

So how could we do things better? Well, by tailoring and stoating these two smart approaches:

We take the technology of web annotation but limit its use to reporting errors in news articles.

This entry was posted in MoJo. Bookmark the permalink.

One Response to Tailoring existing technology